Synopsis of Incident
On March 24, 2022, at about 3:28 p.m. CCPD received multiple calls regarding a shooting that occurred near the intersection of Shifting Sands Trail & Mission Indian Trail in Cathedral City. One reporting party told dispatch one male subject was struck by gunfire.

Upon arrival, officers located Juan Gonzalez (48 YO), unknown city of residence, lying in the front yard of residence injured from gunfire. Cathedral City Fire Department Paramedics arrived on scene a short time later and began rendering medical aid. Due to the injuries suffered, Gonzalez succumbed to his injuries on scene.

Cathedral City Police Detectives were called to the scene and began their investigation. After conducting a preliminary investigation, a suspect vehicle was identified and later located in the 35700 block of Date Palm Drive. A person of interest was detained for questioning. 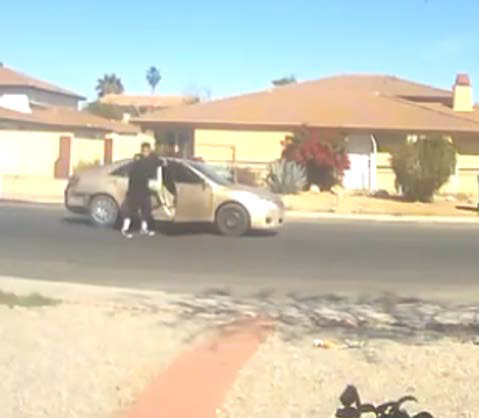 (Please note: Anyone related to or involved in the act of concealing, aiding or harboring this outstanding suspect, in order to protect them from arrest, trial, conviction, and/or sentencing can be arrested and charged with a felony – if you know the whereabouts of the outstanding suspect, please contact your local police or sheriff’s department.)