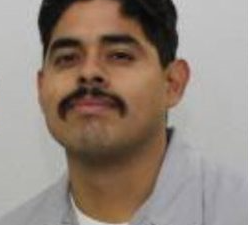 On Sunday, August 27, 2017, at approximately 10:49 p.m., Cathedral City Police Dispatch received a call of a shooting at The Outpost Market, located at 68171 Ramon Road.  When officers arrived they saw the victim, David Reyes-Gonzalez (pictured above), sitting in the passenger seat of a vehicle parked in front of the business. The victim was shot and was unconscious and breathing. He was transported to a local area hospital where he succumbed to his injuries.

The shooter fled in a blue sedan that was occupied by two other people. Witnesses were interviewed at the scene; however, they were not able to identify the shooter in this case.

This is an active and ongoing investigation. The public is encouraged to call the Cathedral City Police Department with any further information regarding this case at (760) 770-0300 or by email at tips@cathedralcity.gov.