At approximately 1500 hrs., a Cathedral City Police officer saw a vehicle occupied by a wanted felon in the area of Ramon Rd and Gene Autry Trail.  (The wanted felon was the driver of the vehicle; he was considered a parolee at large and wanted as a suspect in at least two other felony incidents in Cathedral City.  He was wanted for his involvement in an assault with a firearm and a separate incident last night in which he was driving a stolen vehicle and led officers on a vehicle pursuit.)  The officer attempted a traffic stop but the driver failed to yield, which led to a vehicle pursuit, northbound on Gene Autry Trail.  At the intersection of Artisan Way, in the City of Pam Springs, the driver failed to yield for traffic at a red signal light and collided with at least two other motorists in the intersection.  The driver then fled on foot along with two unidentified males who also fled from officers.

Cathedral City Police officers established a perimeter in the residential neighborhood northwest of the collision scene.  They were assisted by the California Highway Patrol Air Operation Unit and the Eastern Region P.A.C.T. (Post-Release Accountability Compliance Team).  Eventually, officers located all three fleeing suspects in the area near East Camino Rojos and Via Roberto Miguel in Palm Springs.  The suspects taken into custody were:

At this time all three suspects are in custody in at CCPD and charges are pending  / they are awaiting jail booking.  The Cathedral City Police Dept. would like to thank the community members who assisted in identification and apprehension of these suspects.  No other information is available at this time. 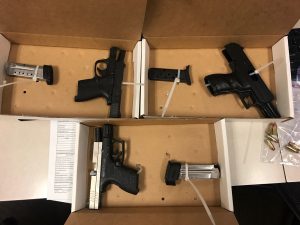 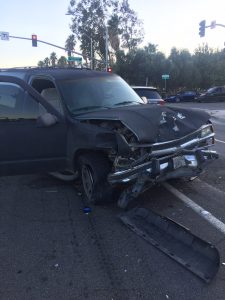