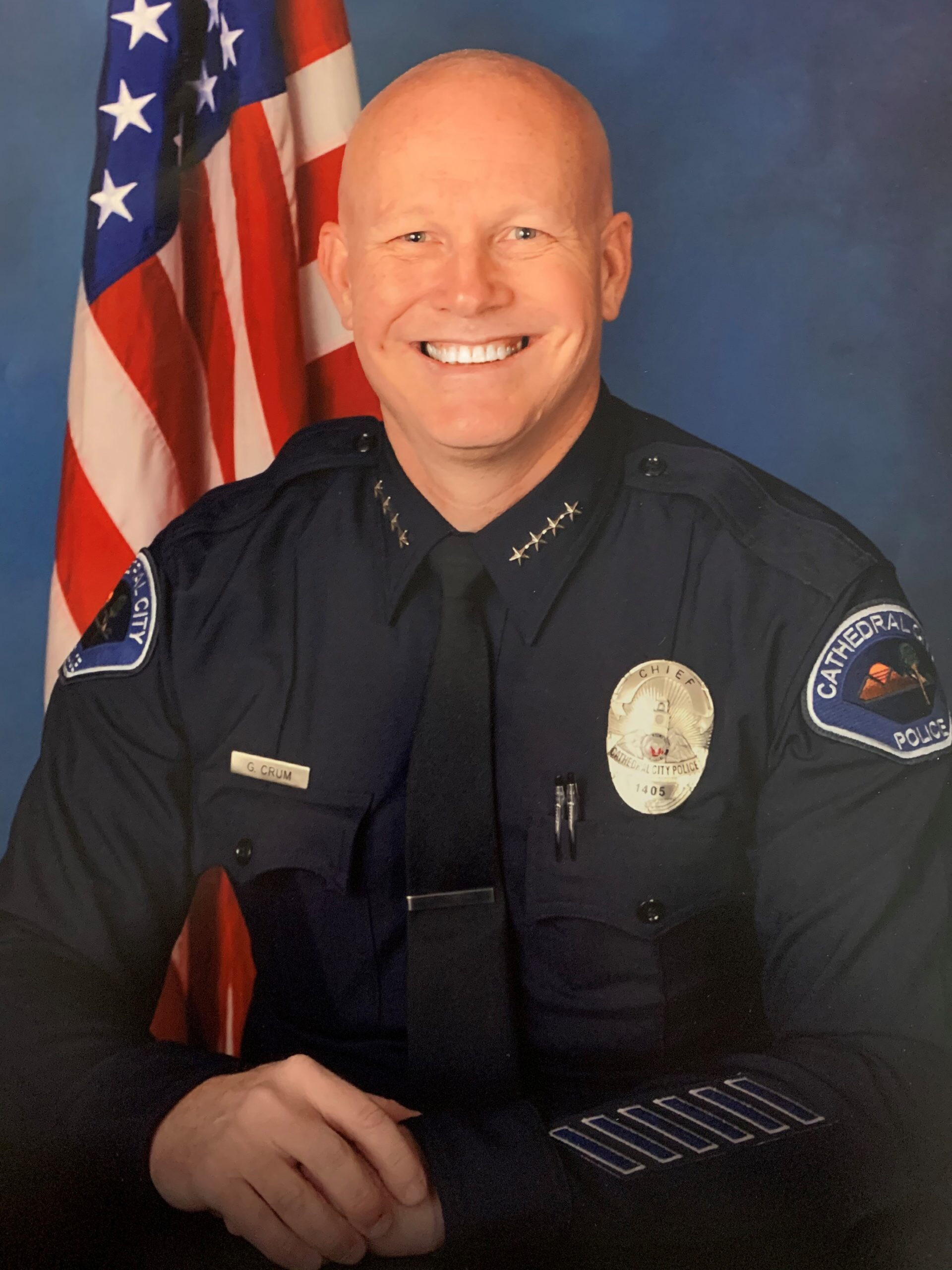 He began his law enforcement career as a police officer in 1987 when he joined the Fullerton Police Department. He was promoted to Corporal in 1996, Sergeant in 2003, Lieutenant in 2008 and Captain in 2012. During his 30+ year law enforcement career, he has worked assignments in the Patrol Bureau, Traffic Bureau, Narcotics Unit, Crime Impact Unit, Internal Affairs and Special Weapons and Tactics.

Chief Crum holds an associate of science degree in police science from Fullerton College, a Bachelor of Arts degree in Criminal Justice from California State University Fullerton, and a Master of Science degree in Emergency Services Administration from California State University, Long Beach. Chief Crum possesses his Executive Certificate which was issued by the Commission on Peace Officers Standards and Training and he is a graduate of the Sherman Block Supervisory Leadership Institute.

He is a Drug Recognition Expert and state-recognized expert in DUI alcohol and drug cases. He offers expert testimony in narcotics cases, impaired driving cases, and vehicular homicide cases. He has trained and certified approximately 500 Officers as Drug Recognition Experts throughout California since 2004. He was honored by The California Office of Traffic Safety in 2011 as a California Law Enforcement Challenge Award winner for his statewide efforts in DUI and DUI-Drugs. He was awarded the first-ever DRE Excellence Award by M.A.D.D. in 2014.